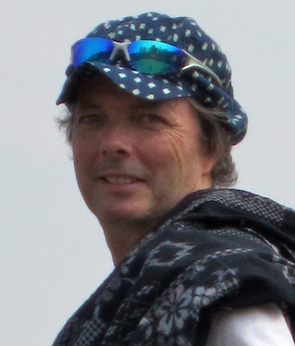 I am Chair of the Information and Computer Sciences Department at the University of Hawaii at Manoa where I teach human-computer interaction, programming, data structures, and cognitive science.

I conduct research on how social media is used for civic engagement and on issues related to e-democracy and social informatics.

I am also the Director of HICHI, the Hawaii Computer-Human Interaction Lab

I am a stage and camera actor. I have appeared on stage in the Philadelphia area and in Hawaii. I grew up in Los Angeles where I was a TV and film child actor. My child acting "claim to fame" was being Marsha's date, Alan Anthony, in the "Brace Yourself" episode of The Brady Bunch. After a 40-year hiatus, I finally returned to network TV in the new Hawaii Five-0.

I am also involved in a fight against illegal short-term rentals in my condo building and in my neighborhood.